IS today started another offensive in Northern Aleppo. We can definitely say that IS captured the cities Kafr Kalbin as well as Niyarah. The loss of Kafr Kalbin means that the road between Azaz and Mare’ are cut, Mare is isolated from the rest of the Northern Aleppo rebel territory. There have also been reports that IS either took or cut off the Bab al Salameh border crossing north of Azaz. Those reports can’t be confirmed right now, but it is a very real possibility that they at least established fire control over the road between Azaz and the border crossing.

Apparently Turkey massed more artillery on their border in support of the rebels. The recent trend in North Aleppo was a back and forth between IS and the rebels, where some villages changed hands a dozen times. IS would take them in a fast attack and then they’d flee again when Turkish artillery, coalition airstrikes and rebel reinforcements arrived. But this back and forth can’t hide that the rebels were slowly, but constantly losing territory in Northern Aleppo. This recent round of fighting is showing again that the Northern Aleppo rebels are fighting a constant retreat.

Mare’ is now in a very dangerous position, very exposed to a possible IS conquest. Back in February when the SDF took Tal Rifaat in their offensive, there were talks that negotiations of a peaceful change of ownership happened. This could again be a possibility. If the rebels can’t reconnect Mare they only two choices. Fight alone without a supply line against IS, or ask the SDF for protection or help. It is very doubtful that an isolated Mare’ could hold off IS.

If IS can cut off Azaz from the border crossing then the Northern Aleppo pocked is divided into thirds. Mare, Azaz and the (mostly deserted) border region are all isolated from each other. If the rebels can’t reverse this situation it will be the end of this pocket.

The Islamic State claims that it took the villages across the whole front. Namely this would be in addition Sandaf, Jibreen, Naddah and Kafr Burayshah. This would mean that the only relevant cities left are actually Mare’ as well as Azaz. 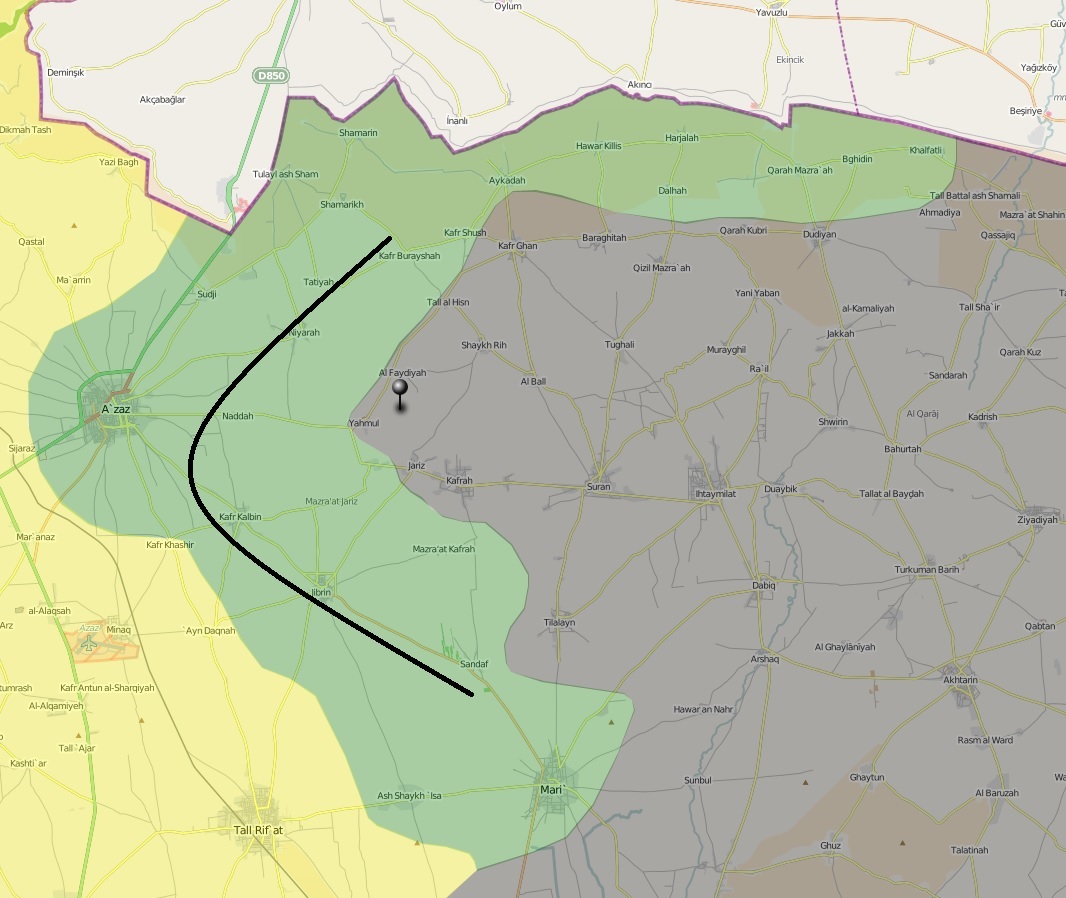 The Manbij offensive is finally happening