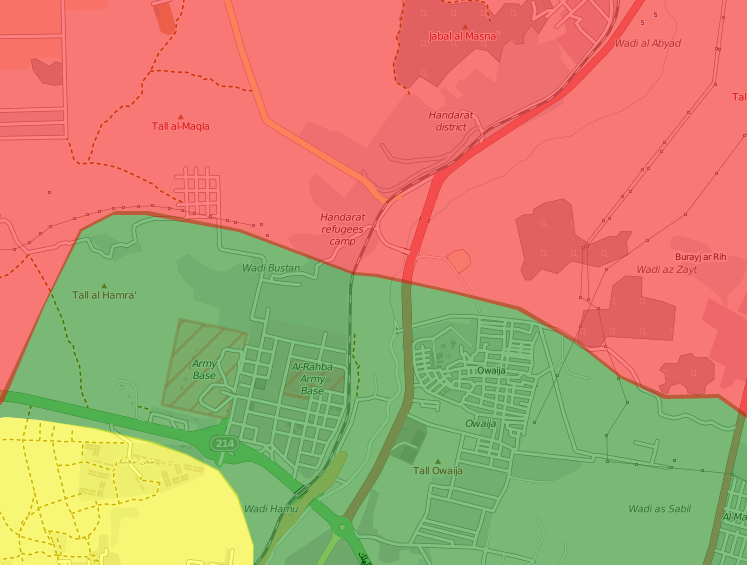 ALEPPO, SYRIA  – The Syrian Arab Army and fighters of the palestinian paramilitary  Liwa Al-Quds captured the Handarat Industrial District and the Handarat Refugee Camp on 29. September after a heavy clashes with rebel forces.

The Government Forces also managed to capture the Al-Kindi hospital which will help them greatly to maintain control over the newly gained areas. The Handarat Camp was namely captured one week ago but was shortly recaptured by rebels after a heavy counter-attack.

The capture of Handarat Camp and Al-Kindi hospital could be a good position for government forces for further gains in eastern Aleppo city.