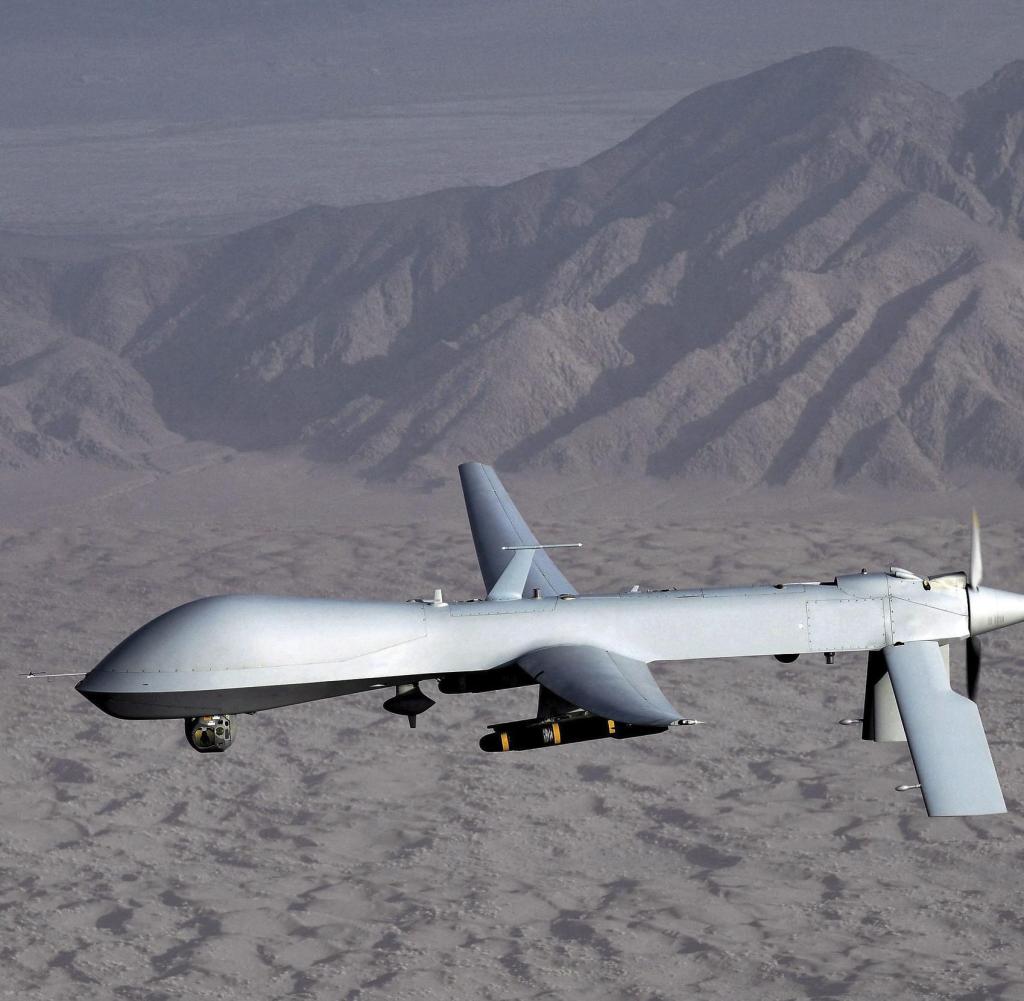 According to own data, the US shot down a drone assigned to the Syrian government forces on Thursday. Reason for this downing: Syrian drone previously attacked soldiers of the coalition in the south of the country. The unmanned aircraft had flown an attack near a position of coalition forces which play an important part in the fight against the Islamic State (IS), according to a statement from the US military.

Coalition forces had already destroyed two armed vehicles that would have approached coalition soldiers in the “de-escalation” zone of At- Tanf. According to a spokesman it was the first time that the Syrian regime itself had shot at the forces of the coalition. He said: “The goal of the coalition is to beat the IS. It is not the aim to fight the Syrian regime, the Russian forces or forces allied with them. But the hostile intentions and actions in southern Syria continue to concern us and the coalition will take appropriate safeguards.”

The area near At- Tanf has a strategic importance for Iranian militias and they will not be deterred by a few US air raids. Iranian and Assad’s militia will continue to show their strength in eastern Syria. They have moved more troops and weapons towards the village in the last few days. The US has already reacted to this increase of troops: Americans equipped the moderate rebels with heavy weapons. They use it against Iranian-commanded militias and their Assad allies.

Now USA have two options to react: Either escalate or retreat. Iran had shown with the use of its drone that they are ready to escalate the situation in order to achieve the strategic advantage. Regarding the latest statements by Donald Trump there is a new US policy to curb Iran’s efforts in the Middle East. So there is a high probability that the situation there will escalate.