ALEPPO, SYRIA (June 11, 2017) – The commander and all fighters of the rebel group “Manbij Brigade” defected from the turkish-backed rebel operation “Euphrates Shield” and reached government areas in the countryside of Aleppo. Euphrates Shield was started 9 months ago and aimed to captured all areas west of the Euphrates under ISIS control. After capturing Al-Bab the rebel groups were cut from ISIS areas by government forces which advanced from Kuweires Airbase towards the areas of Syrian Democratic Forces in Manbij. This made more advances by Euphrates Shield almost impossible. 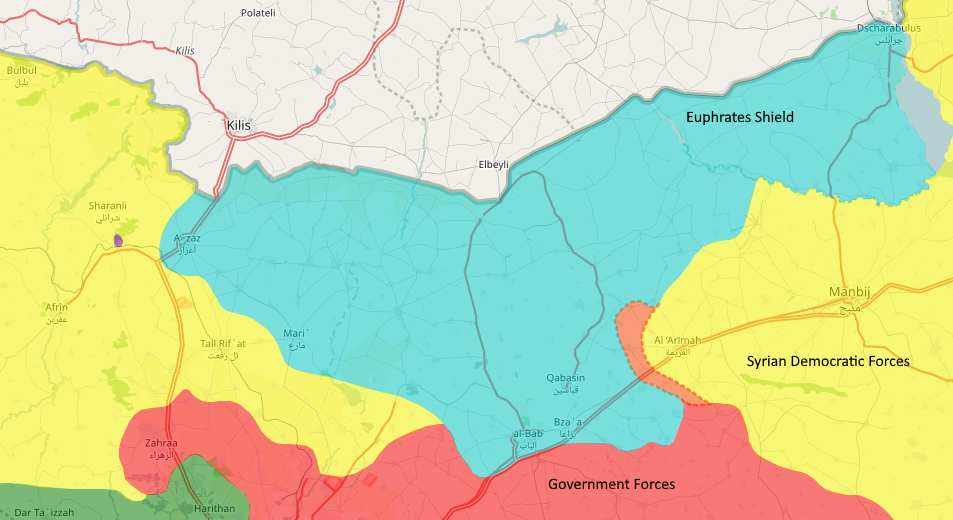 The commander said that his group defected because they consider the Euphrates Shield operation as Turkish Invasion and occupation of their homeland. Last week 60 fighters of the rebel group “Sultan Murad Brigade” defected to areas of the Government and Syrian Democratic Forces. It remains to be seen whether more rebels fighters will defect from Euphrates Shield after the operation came to a stop a while ago.

Syrian Arab Army is at the outskirts of Arak