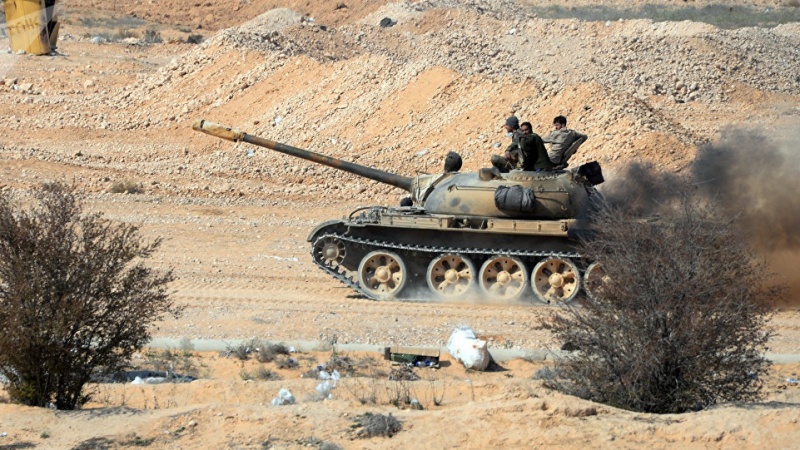 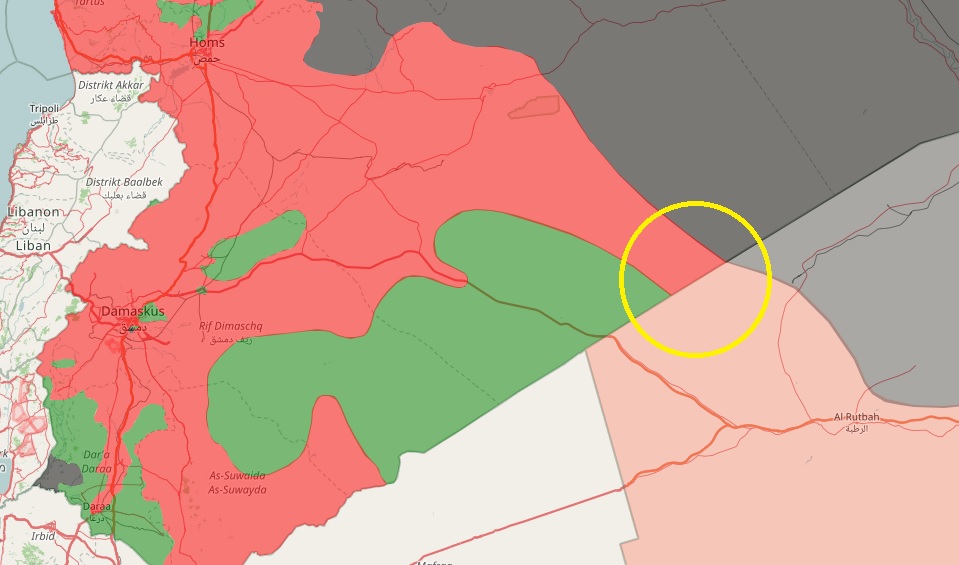 A surprise maneuver of Shiite militias, who are closely linked to Iran and are fighting on the side of the Syrian army, hampers the strategy of the US coalition in southern Syria. The militia reached the Syrian-Iraqi border northeast of al-Tanf. According to recent reports, these Anti-US forces met with Shia militants from Iraq. This meeting is not in the interest of the US and its allies. The government can forge out plans now to capture the whole border with the help of Shia militants from Iraq. In addition, the road to Deir ez-Zor is cut off.

These areas near the Iraqi border are for both parties strategically significant. The US targeted to bring the area near al-Bukamal under control. So the US military is supporting the rebels in southern Syria (called “Maghawir Al-Thawra”, the former New Syrian Army) massively, even with air strikes against government forces. These US-backed rebels, trained and supervised in Jordan, have the aim to hold the position at the Syrian-Jordanian border at al-Tanf and to open up further areas.

Implementation of de-escalation zones by USA

The protection zones in southern Syrian territory created by the US is contentious. The Russian Foreign Minister Lavrov condemned the attacks on Shiite militias and SAA forces said that these “de-escalation zones” require the consent of Syria and Iran. There are talks between Russian, American, and Jordanian leaders in Amman to clarify certain “spheres of influence”. In coordination with Russia, the US, Jordan and Israel wanted to achieve a border with no presence of Shiite militia.

Combined with the PMU

Battle of Raqqa continues – Heavy casualties on both sides